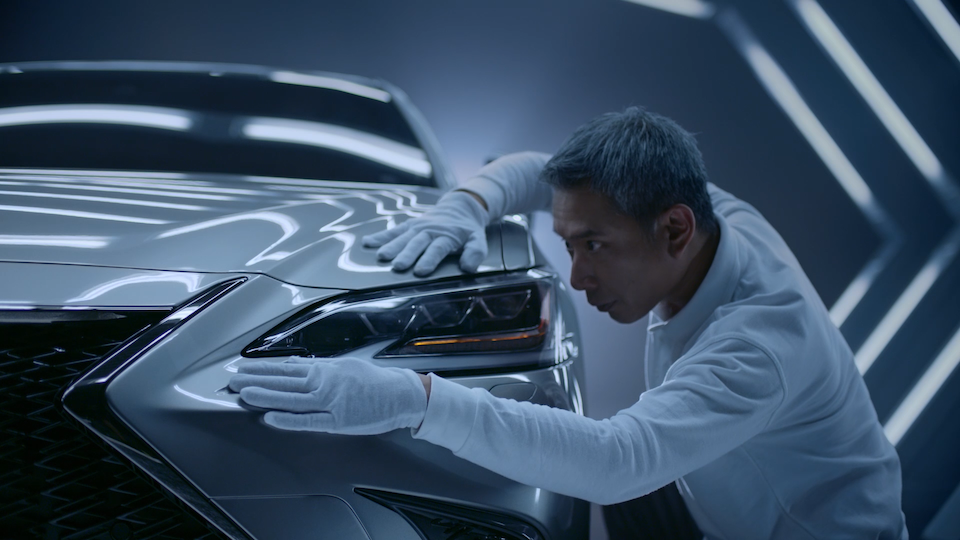 Lexus defy the bounds of innovation once again with artificial intelligence the scriptwriter for new ES launch campaign.

Never the type to shy away from innovation, thrill-seeking Japanese vehicle giants, Lexus, continue to inspire with their latest commercial, ‘Driven By Intuition’. Their latest quest to pioneer new technology features the seventh generation self-charging ES hybrid, as it adheres to a script and storyline written exclusively by artificial intelligence.

The ground-breaking ad is the result of a technical collaboration between AI wizards, Visual Voice and The&Partnership who utilised 15 years of data to develop and train the AI to reach the finished result. Directed by Oscar Award-winning Kevin Macdonald, the spot was edited at Big Chop with VFX, sound design and music by sister company, Big Buoy.

Big Chop’s Editor on the project, Matthew Felstead comments, “There was a lot of discussion prior to the edit with regards to the best way to convey emotion amidst a storyline written by a computer. For me, the marriage of emotive content alongside innovative experimentation gives the ad a very different feel to what we’ve come to expect from a car commercial. This, coupled with the chance to work with Kevin, made it a very exciting project for me to be involved with.”

Big Buoy’s Music Composer, Nick Olsouzidis, says, “From the moment I saw the early offline edits, I realised this was not going to be your traditional car ad. The film had a dream-like quality to it and I wanted the music to convey a similar emotion. The challenge lay in creating a piece whereby the viewer reaches their own emotional destination in 60 seconds. The dream-like feel of the sequence as opposed to a linear narration of events contributes to the objectives of the creatives and the AI script algorithm. Overall, an amazing project to be a part of.”

Commenting on flawless unions of post-production elements, Sound Designer, Scott Little, adds, “Matthew and I started working together very early on during the edit process, which is the ideal position to be in as a Sound Designer. Working from an entirely mute picture, I started laying the foundation to help tell the story of the cars’ journey. It was vital for the sound to bring the car to life, giving the machine emotion to help drive the story.

“Nick and I also worked very closely throughout the entirety of the project. The beauty in this is that we have created a soundtrack which is cohesive - both sound and music working as one, complimenting each other and blurring the lines between the two elements. This was an integral part of the process for us. It’s been a thoroughly enjoyable project to be a part of and the luxury of having the edit, sound, and music all working together from the early stages has been truly satisfying.”