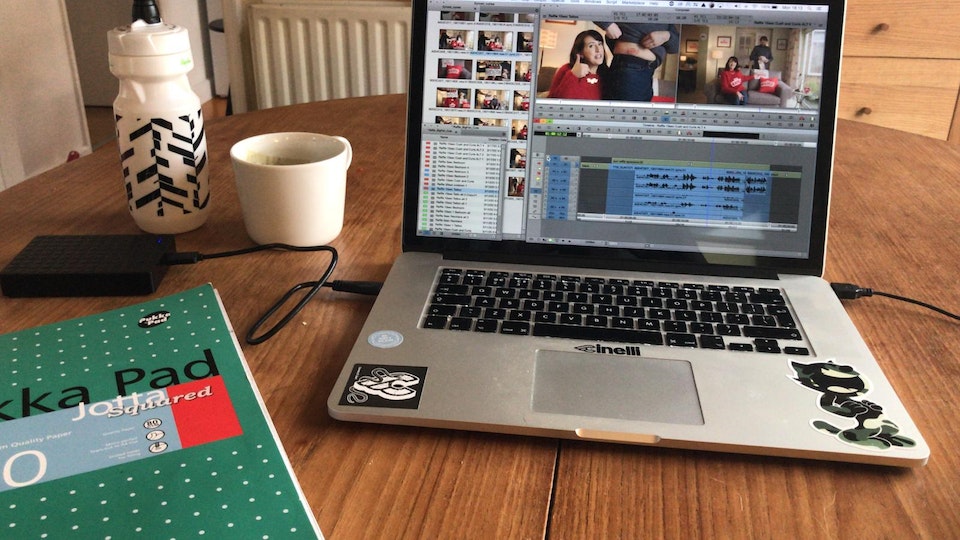 As we get further into Isolation and pre-COVID jobs wrap, agencies and creatives will be faced with the conundrum of how-and what-they can do to maintain creativity for their clients.

People may opt for isolation improvisations, like Channel 4’s latest ident for The Steph Show, but in most cases, maintaining workflow will likely take the form of re-visiting previous spots or creating new content from stock footage.

As an Editor, what I can accomplish story-wise is governed by the script/brief/footage I receive. The simplest and quickest solutions for agencies in the current climate would be the re-cutting of previous films to shorter lengths, or adapting the story slightly to reinvent the idea.

I have been doing this over the last week, adapting and re-working previous commercials into a series of idents, which has involved revisiting existing rushes to fit the agencies’ new brief and seeing what alternative stories I can generate. It’s an interesting discipline, ignoring the original script and building new conversations and narratives.

There is also the option of producing something totally new from stock or archive footage. There has been a noticeable improvement in the quality of this footage in recent years and it’s no longer the staid and sterile affair it used to be. This route is a more time-consuming affair, requiring lots of stock site research to source footage of equal quality that could be graded to look like one seamless film.

Not an easy task by any means. But Eric Thayne has managed it well. It feels like one set of rushes and proves that, in the right hands, stock footage can be used effectively. From an editing perspective, the way in which you approach stock footage should be exactly the same way in which you approach any edit. Obviously, the amount of rushes you have to work with will be greatly reduced, but given the right imagery, I see no reason why we can’t adapt to this new alternative.

If there’s anything to be learnt from the current situation, it is that now, more than ever, we need to utilise all aspects of the process, marrying them together to create work that is not only engaging, but also relevant to the position we find ourselves in. Who knows-we may come out of this with new and interesting creative processes and possibilities.

Necessity is the mother of invention!